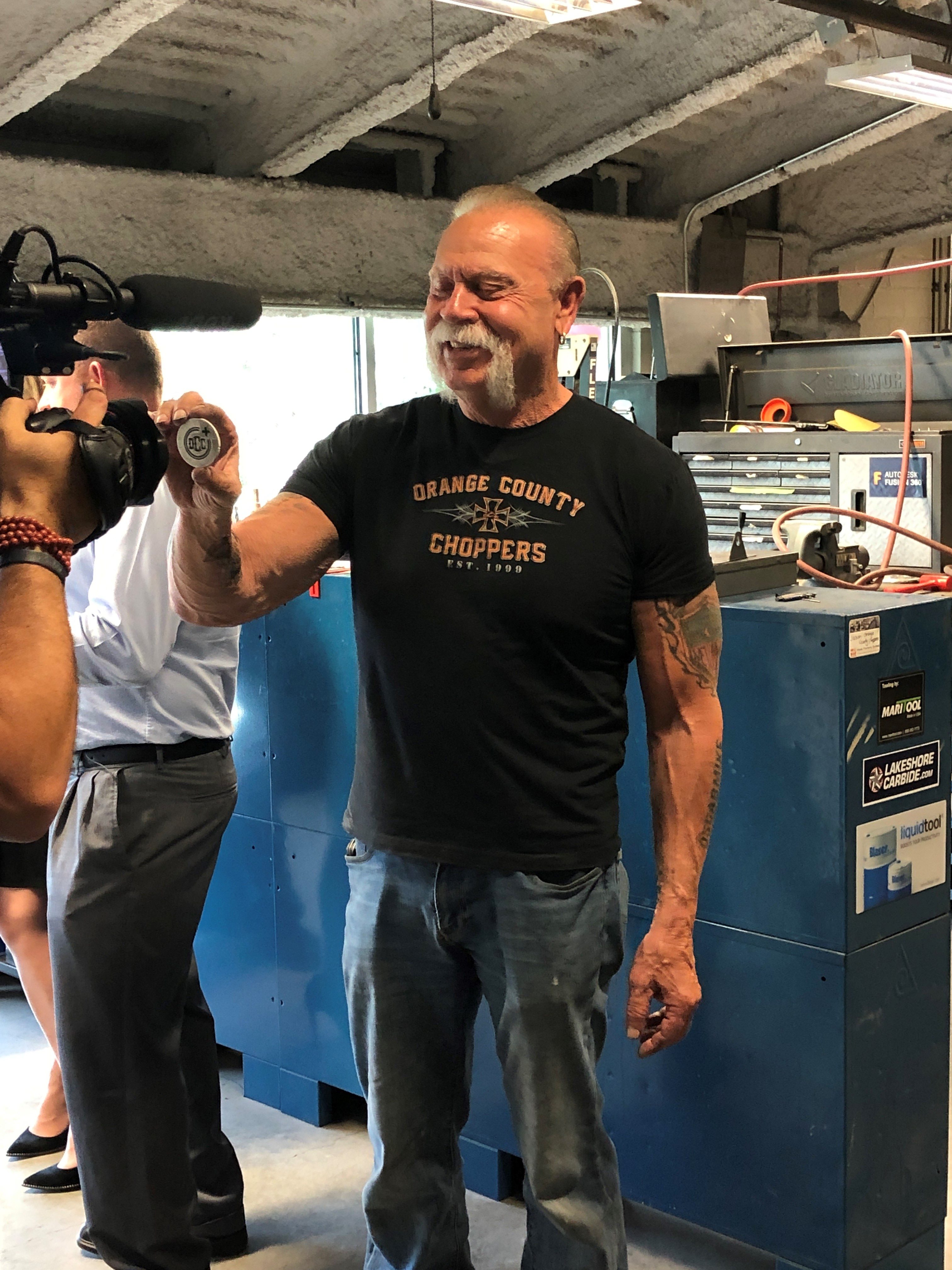 Paul Sr and his crew hammering out new and innovative designs on our Cobalt ® XL laser machine, equipped with a 70-Watt MOPA laser from LMT. The first thing we showed Paul was some quick anodized laser removal, he was like that’s cute, but I want to see some deep engraving!!!! So, 20 minutes later we had his OCC+ image converted, running in their new machine and created a mark at least 1/8” deep in 6061 raw aluminum. The 70-watt MOPA from LMT is an animal and hammered through this material and truly impressed Paul Sr! As soon as Josh Allison watched what the machine could do, you could literally see the gears in his head turning in overdrive! Beyond working with ways to deep laser engrave primary covers, air cleaner covers, triple tree mounts etc., he will be utilizing this machine in mind-blowing ways! Stay tuned to OCC Plus on YouTube to see the amazing ways he combines high tech laser technology with old school metal forming and melds it into the most innovative forms of metalwork. 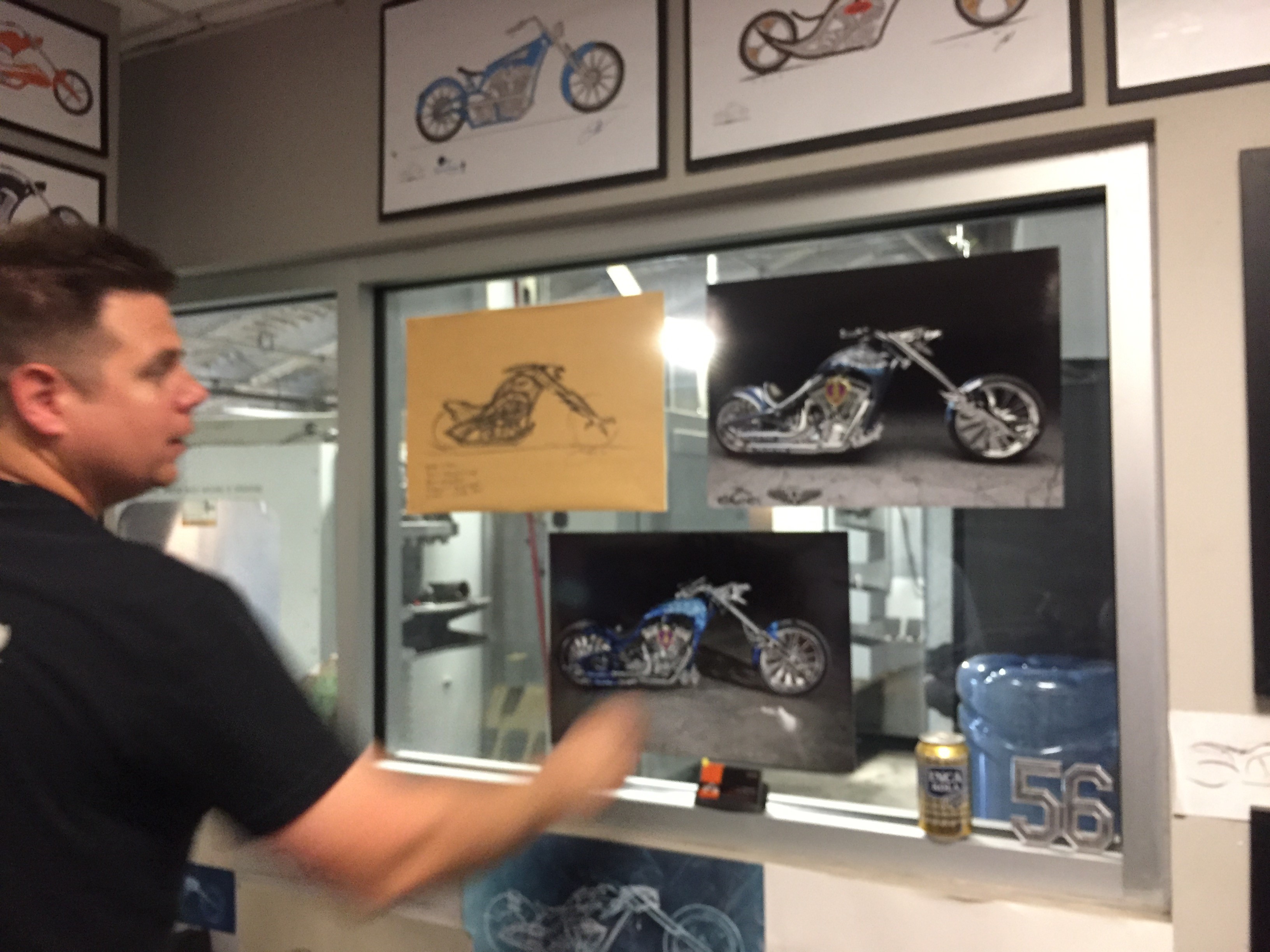 Jason Pohl, the creative digital graphic design artist and lead designer for Orange County Chopper has been like a kid in the candy store. Trying to keep up with Jason’s creative mind is like trying to catch lightning in a bottle. By the end of two days of intense training and testing, we learned this guy is hands down the most talented designers we have ever worked with. That is a strong statement considering the graphic designers we have on staff at LMT and the plethora of gifted customers we work with.

Jason goes so fast you can’t even get a picture of him without it being blurred! 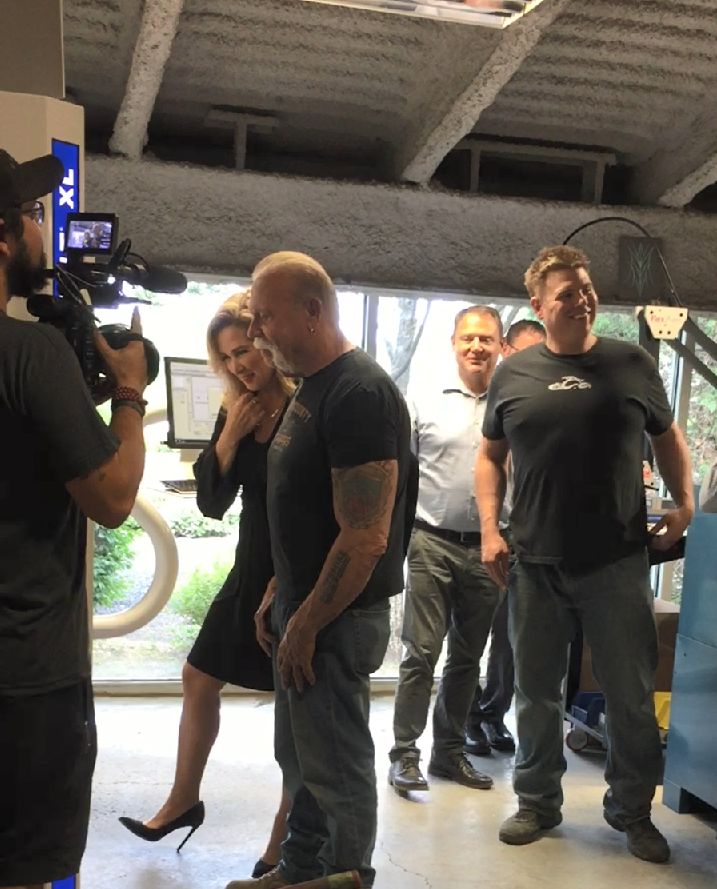 Joannie Kay, CEO of Orange County Choppers immediately knew the XL machine with its automatic X axis would allow her team to take their designs to the next level. With extreme detail and precision, it also would bring laser marking into the merchandising sector of OCC.  A few areas she will immediately taking advantage of with this machine is on all the crisp, deep engraving of VIN tags for OCC bikes that go out in the future. Also, for some kick-ass products in the storefront. There is even mention of selling 4” square stainless wall tiles…. some unscrupulous soul has been stealing these off the bathroom walls at OCC’s flagship store as their own memorabilia…. Jason Pohle was really excited to hear this as it takes hours for him to machine the tiles out on the CNC equipment. Now they can just buy them up front!